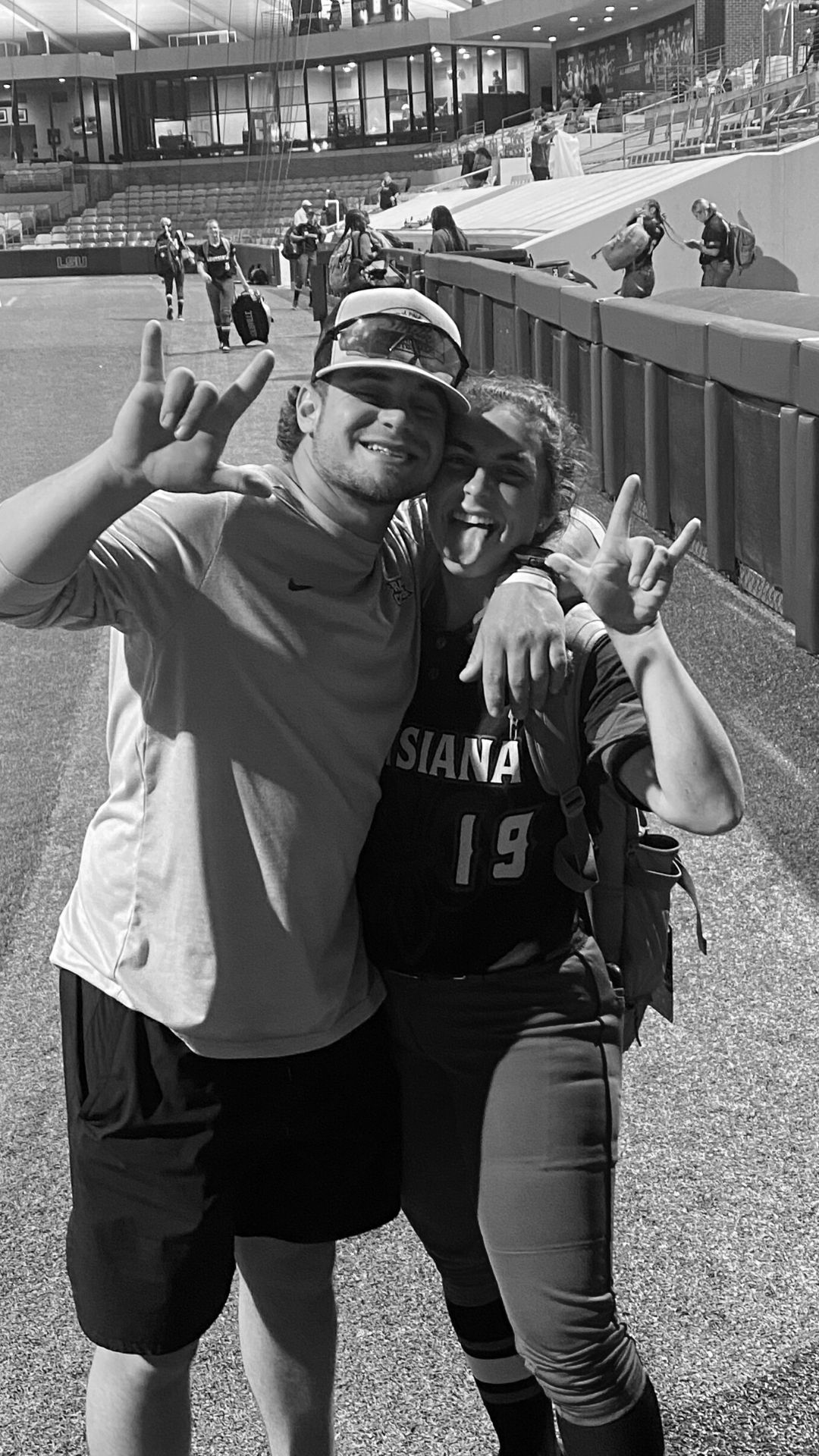 I grew up going to the ballpark watching my brother, Parker, play. I remember looking at him one day and thinking, “I can do that.”

As a kid, I tried several activies – gymnastics (that didn’t end well!), ballet, tap (I couldn’t get my feet to tap the right way!). But none of those was a good fit. I was really more of a tomboy. Because my brother played sports, I thought I could do them too!

I joined my first recreational league softball team when I was five years old. I loved goofing around with my friends, having a good time. I played flag football and soccer in middle school, but my heart was really on the ball field.

My school’s softball and baseball coaches were also STEM class teachers, Todd Latta and Brian Webb, and I was in Coach Webb’s class. I’d constantly joke with him to let me play on the boys’ baseball team. “Let me play!” I’d say. “No!” he’d respond, smiling. We went on like this for a long time.

In the fall of 2015, I hit a walk-off home run in a championship game. Coach Webb heard about it and the next day said, “Sophie, I want you to try out for the baseball team.” “I’ll be there!” I said. That afternoon, I tried out, and I made the team!

One weekend during my freshman year of high school, I had a softball tournament in Chattanooga. We had practice at the Baylor School, a boarding and day school on a 690-acre campus on the banks of the Tennessee River. After practice, my dad and I drove around the campus. I looked at him and said, “Dad, I could do this. I could go here.” The Baylor School felt exactly like the fresh start that I needed.

At first, my parents didn’t think I could handle being away from home. Much to nobody’s surprise, that made me angry, and I was determined to prove them wrong!

I kept pushing the issue, and eventually, my parents began to consider it. After all, our current homeschool situation wasn’t working, and going back to public school wasn’t an option.

One day, we all sat down together and talked about me going away to boarding school. My parents agreed to let me apply, and soon after, I received a letter of acceptance. I was in!

Attending the Baylor School was one of the best things that could have happened. I gained confidence in my natural abilities and learned how to learn for the first time in my life. I felt comfortable speaking up in class, even when I didn’t completely understand something. I now know what it takes for me to succeed, and I’m so thankful to the Baylor School for giving me that confidence. 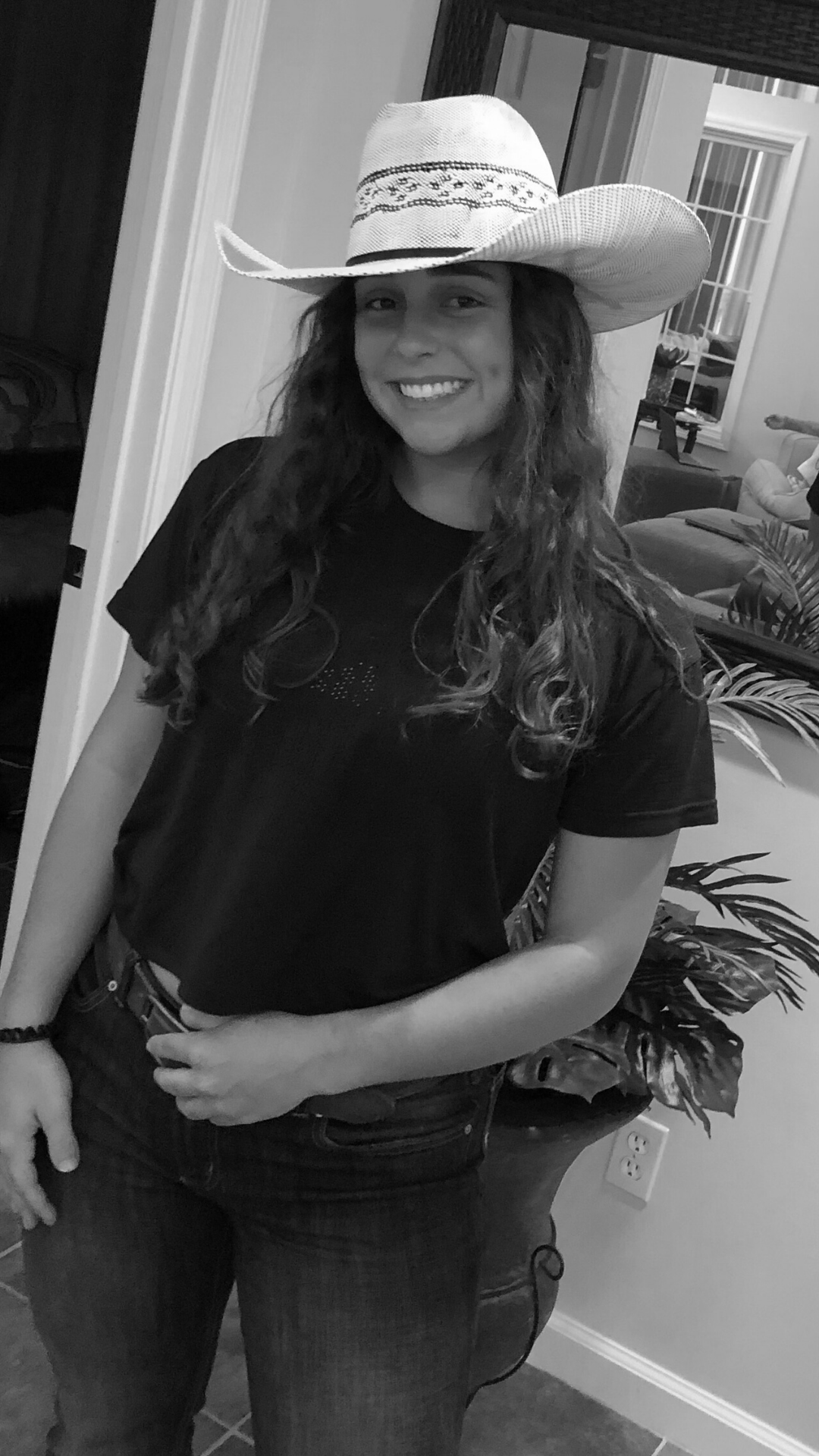 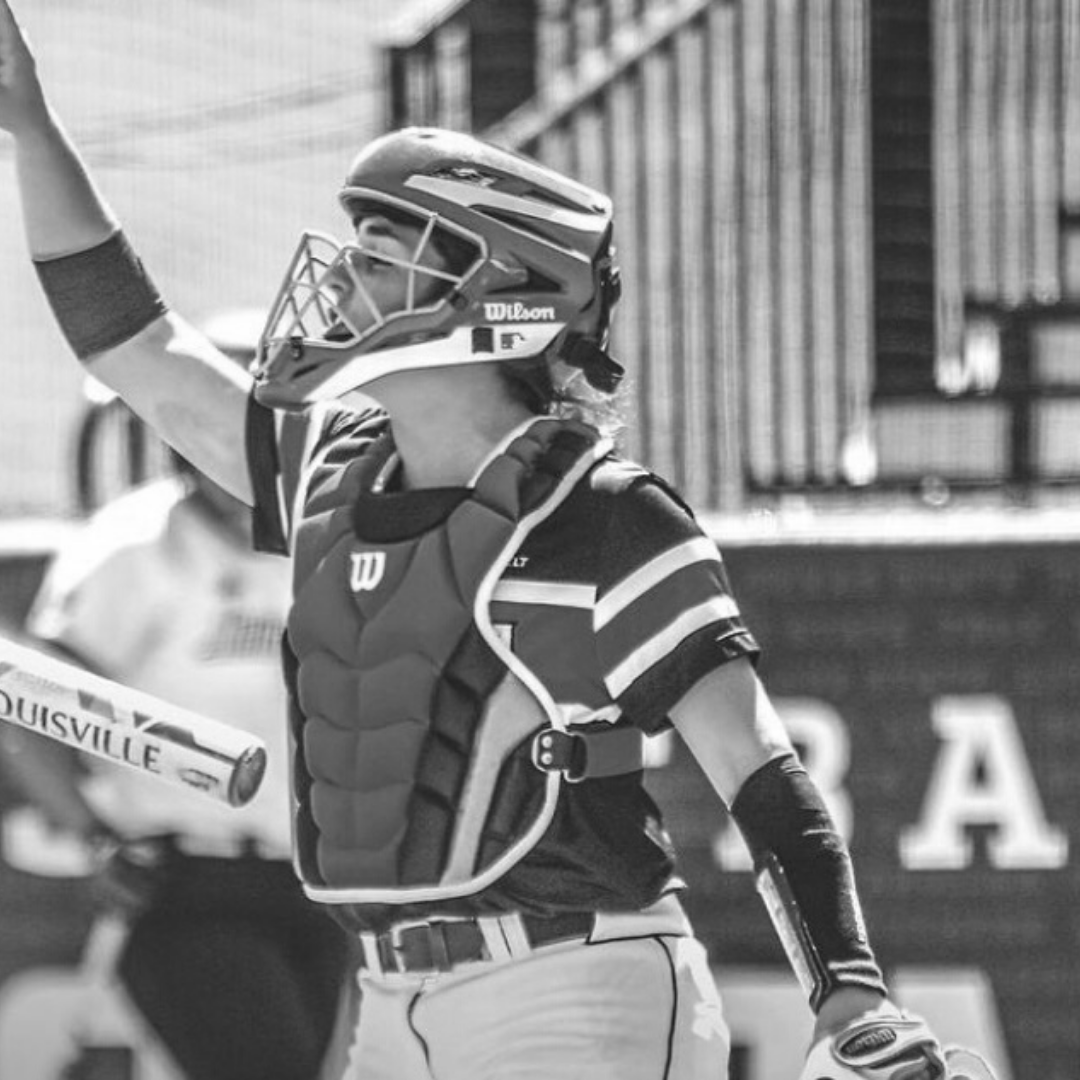 Once I developed a learning style that worked for me, I quickly gained momentum academically. But I was also gaining momentum in softball!

By this time, I had been playing for Fury Platinum, a fastpitch travel team, for several years. Gerry Glasco, who was coaching at Auburn at the time, had been watching my high school career. In 2017, he started coaching at Louisiana-Lafayette. He called me right before Christmas break of my sophomore year and invited me to visit the LA-Lafayette campus. As soon as I arrived in Lafayette, I fell in love. I loved the fan base, the atmosphere, the weather, and the culture! It felt like home. I verbally committed to join the Ragin’ Cajuns then and there!

I officially joined the Ragin’ Cajuns in 2020 as a redshirt and started as a redshirt in the spring of 2021. Due to injuries on the team, I entered the starting lineup in March and officially began playing!

The fans call me “the sparkplug” because I love bringing positive energy to the team. I’m just really happy to be here, and I love to see my teammates succeed.

I’m excited to see what the next few years bring! 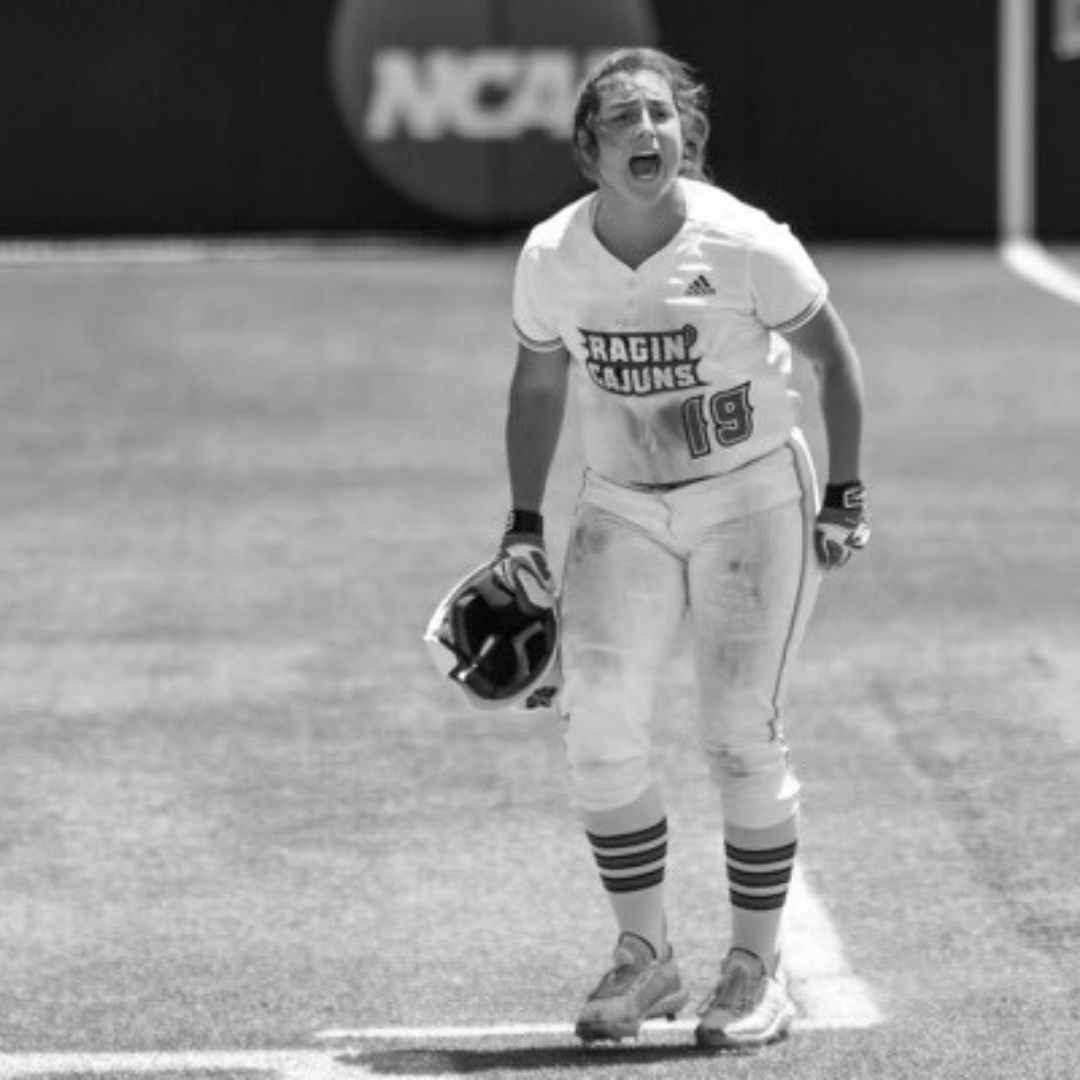 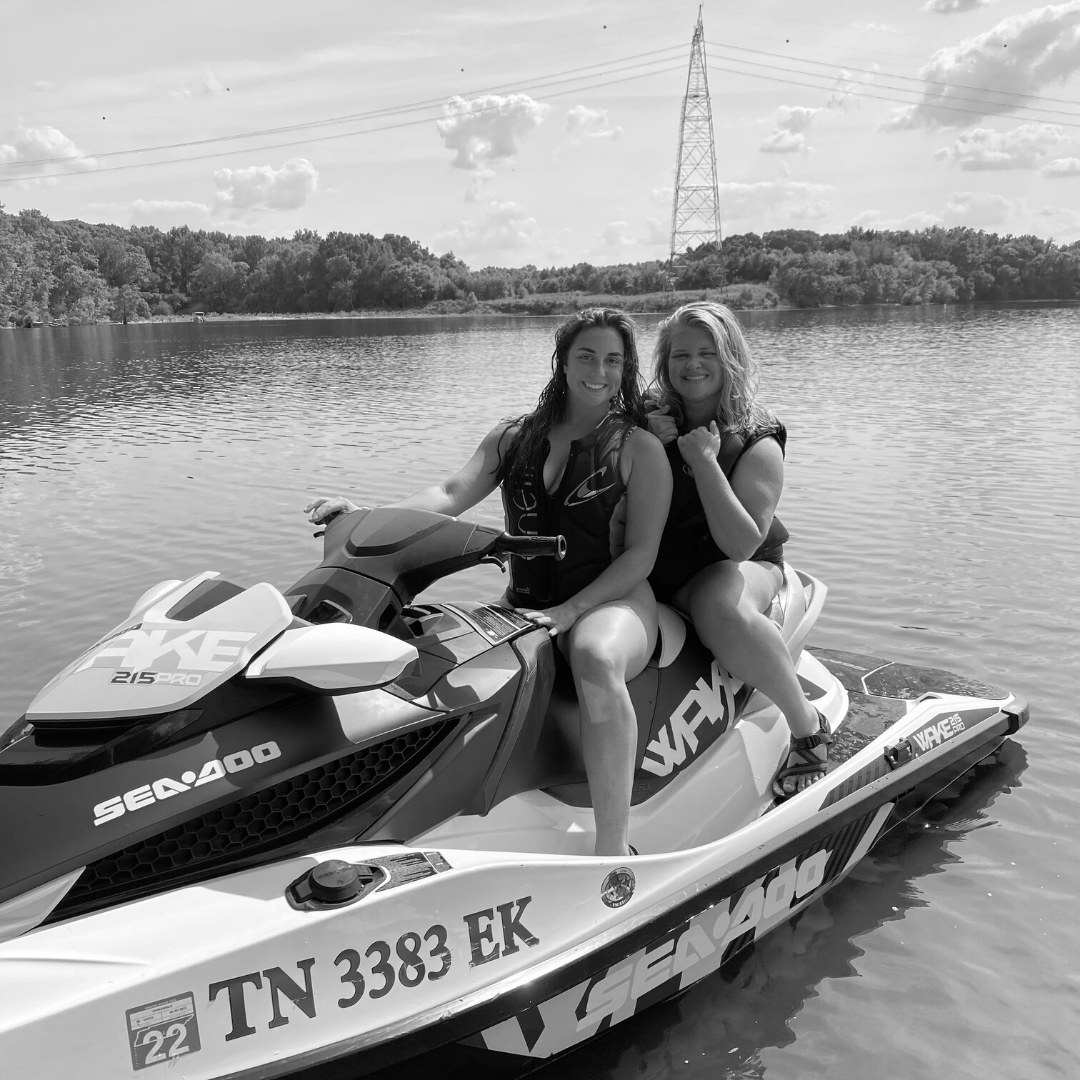 When I’m not playing softball, I love scuba diving, horseback riding, and hanging out with my friends on Kentucky Lake. I’m majoring in economics and would like to work in the finance industry someday.